FlowTecs speaks on his latest EP, underground music, knowledge of the soul, censorship and more… 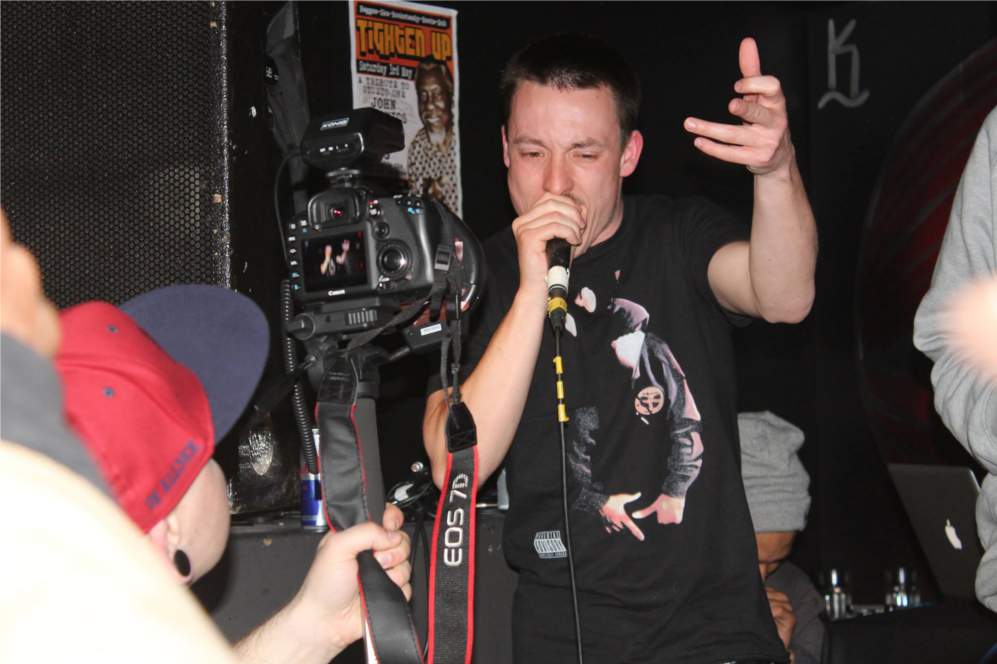 This week we send out a big respect in the direction of UK hiphop rapper/producer Flowtecs. AVR first encountered the man himself smashing up the set at the Higher Learning open mic cypher in South East London. Not too long after we saw him drop his super smooth hip hop video, Mr Landslide (below). Within it he proceeds to drop a tonne of deep poetic insight in his distinct, raw and gritty underground fashion. Dropping quotes with phrases like "indigo child" and "Guevara and Castro" do not go unheard! It was finally when we saw him tear up the stage once again for his live set, with Stinkin Slumrok that we knew Flowtecs was a must have to feature on the site. We recently caught up with him anticipating the release of his forthcoming EP, "The Iron Chancellor (Produced By Bad Company)".

Where did you get the idea for this project from?

"The idea for this project branched out from Soundcloud. I put a short clip of me rhyming over a french boom bap instrumental which caught the attention of Triple Darkness producer Bad Company, it was a rough sound recording which I recorded off of a cheap dynamic karaoke mic! Anyway it caught the attention of BC to my surprise.. as this was the first time I showcased my talents to the public.

After various conversations with BC regarding collabo's he decided to produce 6 fire tracks for me and make it an EP. The whole EP is a brainstorm of what came to my head during listening to the depths of the beats."

"Bad company dealt with the whole project himself, production wise. He is a very professional individual and a perfectionist when it comes to his music. He spent time making sure everything was perfect with the beats, the correct structure, levels ect. ect.
Sending out maximum respect to BC as the project was brought to life before I even started rhyming.
BC also hooked up lab sessions at Time Chamber Studios (Tufnell Park), where we recorded the whole project."

"When it was completed we took the project to Chemo to mix down and master. It took about a year due to a few minor issues but I am very pleased to say it should be out in the next month so keep your eyes peeled for that people!

The next project I'm working on is a Mixtape of my tracks entitled
**The Concrete Doctrine**
This will have various producers and features so also keep watch for that one!!"

"I like to talk the truth in my lyrics and express my deepest thoughts. Sometimes I can conjure up a few stories/tales but a lot of the time I like to portray life how I perceive it through my eyes. I have been told I have a distinct voice. I tend to growl with expression which gives out that real raw style of underground hip hop.
I wouldn't go as far to say I offer something different to the scene but I do believe I am an individual and always create tracks from my vision."

"I believe knowledge is an individual sense that each and every one of us owns deep inside our souls. It takes an open mind to bring it out. So we all possess this power.

So the question to me is not who should have this power its how you should use this power. This is a strength that is abused daily. Using your knowledge to help somebody and bring them up to the same level you are on could see a lot of changes to modern day society. I'm all about equal opportunity's and looking at the governments rules and regulations are the total opposite through my eyes.

So all I can say on this matter is I definitely believe knowledge is abused to undermine those who are less fortunate. " 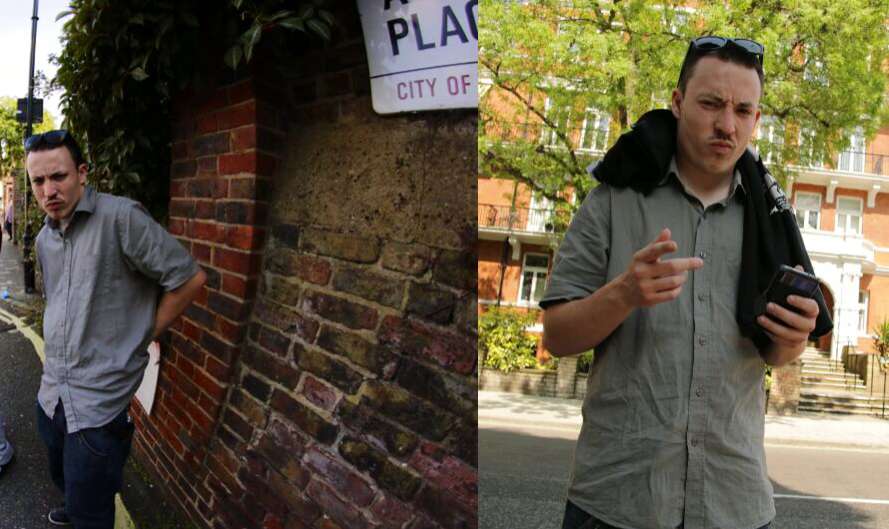 "Things are censored to keep everybody under the governments rules and regulations. They don't want people doing research just in case they surpass the leaders of this country. They want to keep us at bay and make us follow like sheep's.
I have very strong views and opinions when it comes to society of today and would happily go on all day. But to sum it up shortly..

The censors are there to keep us under the control of the rich and powerful."

Where will you be in 5 years time? What will be your main focus?

"I have always dreamed to be a studio owner/sound engineer. So i will keep chasing my dreams until i am successful.
I've only been rapping for a year and a half and am growing every single day.. so who knows?"

Big respect to FlowTecs for taking part in the A/V Revolution project. We hope to hear from you again very soon. Feel free to leave a comment and share with friends. Peace.