‘Reflections is all about revolution and evolution’ – EyeSistar and I & Ideal talk on making inspirational music and their highly anticipated new project Reflections. 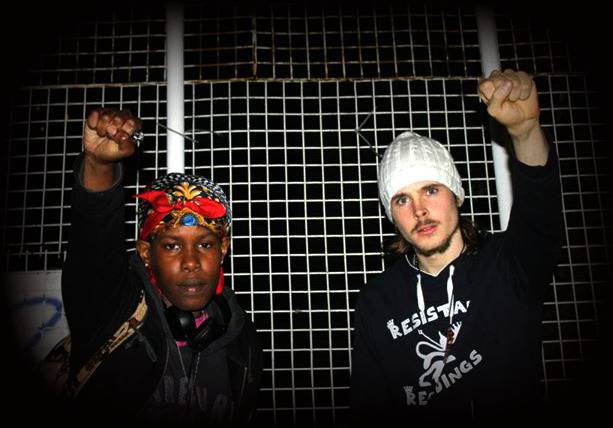 AVR happily welcomes back rapper and poet I & Ideal along with revolutionary sister, Eyesistar! The lyrically powerful pair have been gathering great support from the London underground music scene, even managing to stretch their fan-base worldwide now with the help of the emerging label Resistance Recordings. Both Ideal and Eyesis carry a strong heart-felt message and deliver it flawlessly time and time again. Absolutely brilliant!Recently we caught up with them anticipating the release of their forthcoming mixtape, "REFLECTIONS".

Where did you get the idea for this mixtape from?

"I & Ideal + EyeSistar were in the same class throughout secondary school from the age of 11, worked on their first ever song when they was around 14, and both had a break from music for a good few years. Rebel Lions Of Creation was later mystically formulated in 2011, which brought them together to carry out their musical works. Reflections manifested from when they did 'Times Are Hard', and started collaborating alot more. The concept is based around the connection of all, even though we have our differences, for example, EyeSistar is an Afrikan woman with the elemental power of fire, and I & Ideal is a Irish man with the elemental power of water, two opposites, yet the same in many ways (The CD covers artwork shows this balance)."

Explain a normal day during the recording process…

"EyeSistar : Typical day in the studio with me and I & Ideal revolves around a nice pot of healthy food, some natural herbs, plenty of herbal teas, and good vibes which has the music flowing naturally."

What did you learn during the creation of this mixtape?

"I & Ideal : Learnt alot in the process of working on this project, from mixing down to experimenting with genres and styles, and also learning more about the industry and coming with more a professional approach such as online distribution, a launch event, a marketing campaign and other alternative avenues."

Inspirational music... how often should people make it? (+ an example of your own)

"People should ONLY make inspirational music that inspires the listeners, and also the artist making it, other wise, we'd say theres no point doing it at all, for it could have a negative impact on people consciously and subconsciously if the artist is aspiring to be successful, regardless of the content in their music."

"To be honest, moneys not the most important thing for us as artists, the message is. We obviously have to make money when selling CDs, as were 100% independent and we realise we have a responsibility to maintain 'Resistance Recordings' our independent label promoting positive movements, so all money made will be invested back into making more music and creating community works for the people. " 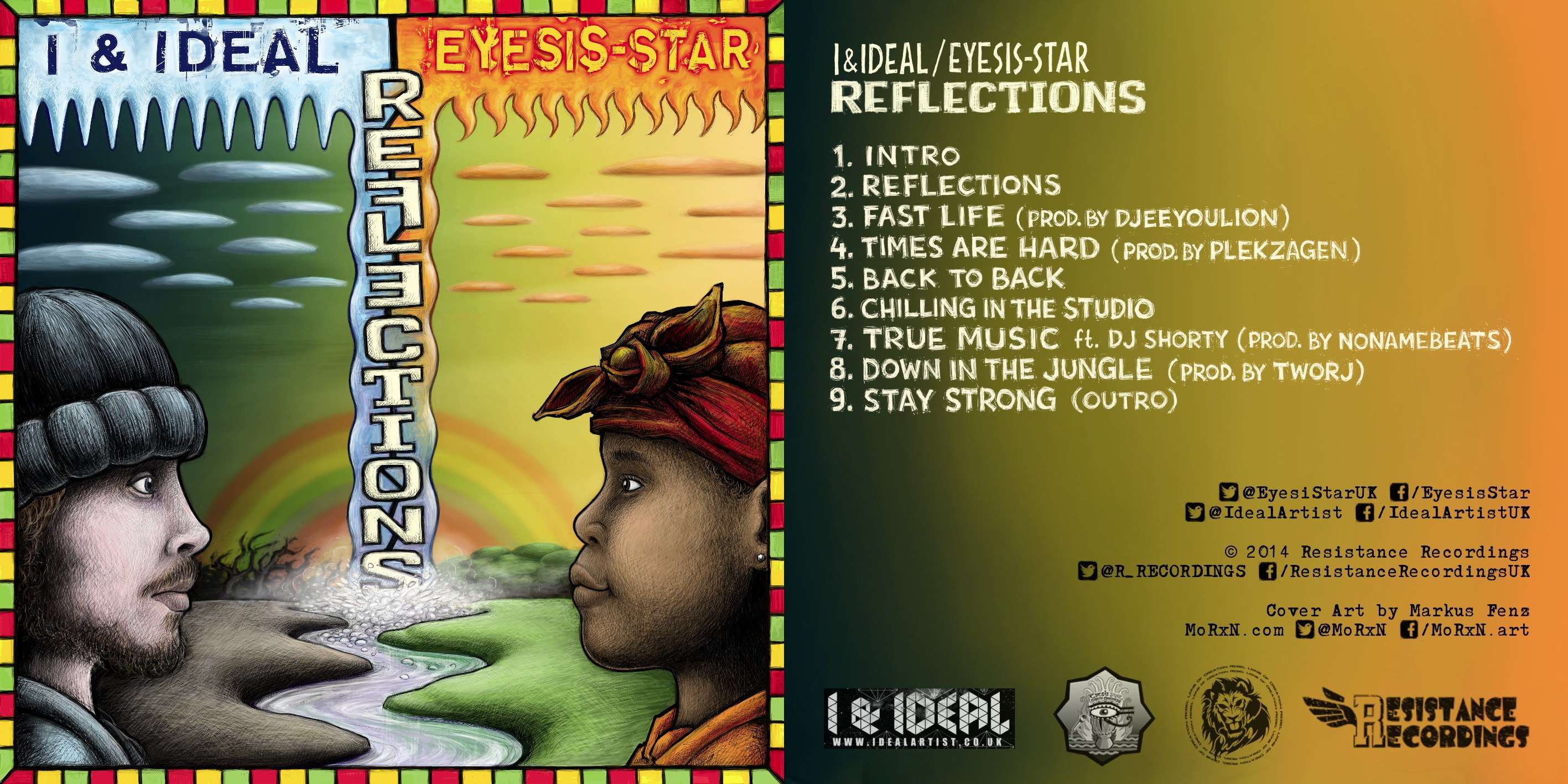 Can we expect some revolutionary new sounds from any of your future projects? (which ones?)

"Reflections is all about revolution and evolution, expressed in different ways, also I & Ideal and EyeSistar will be releasing their solo projects later this year."

How long do you think it takes the average underground artist to break through to the mainstream?

"Either a very long time, or its not going to happen unless your determined with a high work rate and stand out as an individual thats original."

We would like to say a big thank you to Djeeyoulion, Plekzagen, NoNameBeats, Tworj, and DJ Shorty (ITCH FM) for their contributions to this project.

Recorded And Mixed By Resistance Recordings.

Big respect to EyeSistar + I & Ideal for taking part in the A/V Revolution project. We hope to hear from you again very soon. Feel free to leave a comment and share with friends. Peace.