Jonathan Burkett – Born To Make It 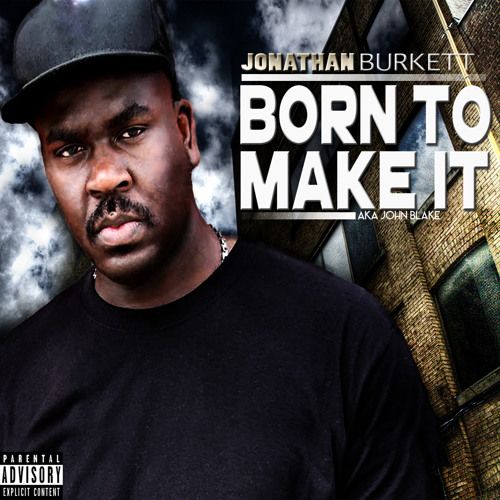 Album release by Jonathan Burkett entitled Born To Make It.

"Recording artist Jonathan Burkett AKA John Blake has taken on the daunting task of launching his brand as an independent artist and he is doing so successfully. Besides delivering great music for the people, John brings to the forefront of his empire a story that his fans not only accept and embrace but, also relate to. John delivers a style that is positive and vibrant uplifting. His relentless pursuit to design music that challenges the current state of both the indie circuit and commercial mega brands, within his personal journey which can be experienced through his productions.

Facing a potential life-threatening surgery in 2005, Jonathan Burkett set forth to triumph, in the wake of trials and adversity, finding motivation through faith. Although many listeners may approach his album, “Born To Make It”, as yet another attempt from a successful underground or independent artist, to strike it big in the independent ranks, solely for commercial success, this is definitely not the case with Jonathan Burkett.

Perhaps the most noticeable, or prominent trait Jonathan Burkett showcases throughout this album is his ability to let his personality speak through his rhymes, and continuously flow about more than just cars and bling. Burkett touches on a number of subjects, from relationships and faith, to his everyday hustle and grind. In addition to supreme production, Burkett manages to stay true to form, by smoothly flowing over the catchiest banging beats I have heard this year so far. In addition, the vocal hooks and the features are nothing less than spectacular. It is hard to believe this is not a big budget, major label release, because everything here smacks of high gloss quality.

Throughout the album, Jonathan Burkett manages to produce probable singles and club bangers such as, "Crush On You" Pass That “Make Money”, “I Can Only Be Me” Feat. Kristin Nicole and Kiarrah Guerra and “Two Steps” Feat. Michael Pashalian, while still allowing for more soulful head-nodders such as, “Pour It” Feat. Tha Leerix and “Don't Give Up” Feat. Polanca to shine.

Meanwhile, tracks like “Born To Make It”, provides for a more aggressive Jonathan Burkett which greatly compliments his flow, almost as much as over slower beats. All in all Jonathan Burkett’s flow and lyrical ability definitely surpasses a lot of his so called competitors, while his production floors them all! Jonathan Burkett has managed to tweak out a classic of his own in “Born To Make It”. This is a definite sure thing, and whoever buys it will not be let down. Just put it on, turn it up and watch the party catch fire!"