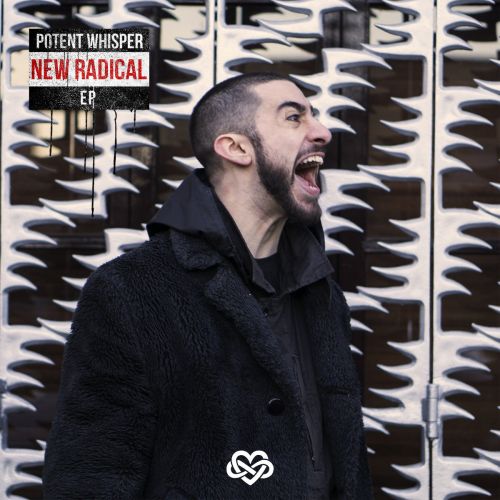 Q. When I say the word 'activist', what do you think of?

Perhaps you think of a weed-smoking hippy, or an aggressive militant. Maybe you imagine somebody waving a placard, shouting through a megaphone or rioting in the streets. Whatever you imagine, most people would describe an activist as somebody who chooses to fight, to make some sort of change in the world.

But in this exceptionally violent political climate, there is another type of activist on the rise; the 'Accidental Activist' or the 'New Radical'. A New Radical doesn't fight out of choice, they fight to survive. They become active out of personal necessity, to defend themselves and secure their own immediate existence. They don't choose resistance, nor is activism their vocation. If they aren't successful in their struggle, they lose their life - not their job. For this reason they fight efficiently, not gloriously. They move with urgency and secure victory by any means necessary.

New Radicals are disabled people who fight the cuts to their disability benefits, or the terminally ill who are being declared "fit for work" by the DWP. They are the families opposing estate regeneration, forced to fight to stop the demolition of their homes and the ripping apart of their communities. They are the young people being made homeless because of cuts to housing benefits, and the women who continue to live in violent households because domestic abuse services are no longer being funded. They are the young black men who organise to protect themselves from murder at the hands of the police. They are the one million people who access the NHS every 36 hours, who will soon have to pay for healthcare and die if they can't afford it. They are the 1 million people who use food banks every year because working 40 hours per week doesn't pay them enough to survive. They are your friends. They are your neighbours. They are you.

Q. When I say the word 'politics', what do you think of?

Maybe you picture the prime minister or old white men in suits. Perhaps you imagine the houses of parliament - filled with MP's who speak in a complicated language that no normal person actually uses. Maybe the word politics makes you think of a faceless, powerful class who all speak in the same accent, wear the same clothes and studied at the same schools. Whatever you may imagine, a lot of people - especially young people - view politics as something that they're not qualified to talk about, or something that they can't/ don't want to become involved with.

But New Radical's understand that they are already involved in politics - whether they want to be or not - and they don't live under the illusion that they are less powerful than those who sit in parliament. They don't accept the narrative that only the privileged in society are deserving of a voice. They don't consider themselves inept or unable to resist, just because they haven't got a masters or a sound grasp of Marxism, for example. They aren't dis-empowered by the circumstance they were born into, instead they take strength from it and use what they've learnt from their experiences to change the system that put them there in the first place. They don't wait for change, because they don't need to. They engage with politics on their estates. They represent themselves, as themselves. They don't wear suits, they wear scars. They push prams and do the school runs. They don't say "here here" they shout "brap brap!!". They spit bars and bun zoots and get waved and skank out. They march in wheelchairs. They didn't necessarily buy their balaclava for the demonstration...

The definition of “radical” in the Cambridge Dictionary is “believing or expressing the belief that there should be great or extreme social or political change”. So it would seem that in Britain in 2017, the belief that everybody should be entitled to a home, to health care and to have our basic needs met, is radical. We are New Radical.