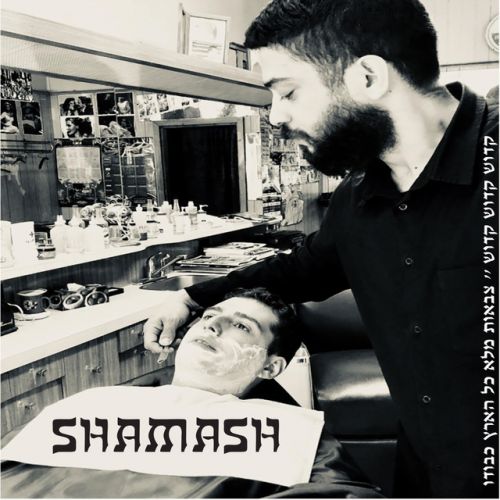 "After 20 years of a lot of work, parties and music, Alexandre Antonio and Roberto Filippi (aka ScoutSom) have decided to create another project: to recreate soulful music raising the duo to a standard of sublimation of global trends.

In this new Live PA venture, the couple of friends produced a unique album in the history of the world of electronic music. They were able to mix the best of the Detroit Techno with the Divine Name of the Creator.

Summarizing, the relationship between the language code of the Divine Name and the cellular parts of the human fabric can be seen in terms of the DNA-wave form of a certain vibrational frequency which composes the human bio-computer through the 64 cell areas of a complex matrix.

The Divine Code is the coding mechanism, communicated through micro-signal ranges, where the vibratory link forms the “genetic matter” within the cells as a pattern of Divine energy flow. The body is seen as a bio-suit of lightware operating via a language of biochemical light that provides billions of instructions per second. The identity of each individual is housed in this inner labyrinth of chemical letters, which equates the complete genome with the soul mechanism of life.

By linking all these unusual elements, ScoutSom explores the relationship between human creativity and the innovative technologies that enable the freedom of improvisation. This is a label that comes to encourage movement – a movement that wants a change through a sonic revolution.
We can only emerge from unconsciousness and understand the higher coding instructions by means of following the thread of life in the letters of the Names; a person who has lost this thread is lost in the maze of the body and mind. Such a person is impotent for he builds his tower to heaven with mental promiscuity, looking only at the building bricks and particles of his body and not at the source of the bio-transducer. The secrets that constitute the “glue” which holds the building blocks together, lie forgotten or even dismissed in the arrogance of the intellect.

Alexandre and Roberto urge you to join the resistance and help combat the mediocre audio and visual programming that is being fed to the inhabitants of Earth. This model of programming is stagnating people’s minds; building a wall between races and preventing world peace. The duo is ready to smash this wall by using the untapped energy potential of sound just like certain frequencies."